Starting November 1, Polaris Customers Can Check Their Bags Following Customs at London Heathrow and Have Them Delivered to Their London Hotel Room

CHICAGO, Oct. 29, 2019 /PRNewswire/ -- Starting November 1, United Airlines will begin offering Polaris customers on flights between New York/Newark and London Heathrow complimentary baggage delivery exclusively to five Marriott International properties. Whether they are bound for the boardroom or Big Ben, this first-of-its-kind service will allow United Polaris customers to start their London journey the moment they clear customs and drop their bags. 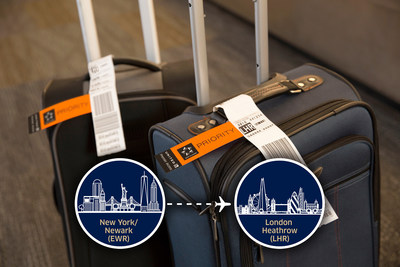 United's new baggage delivery benefit coincides with the airline operating its newly reconfigured Boeing 767-300ER on the route – an aircraft that features an extended cabin with 46 United Polaris business seats in the premium cabin and 22 United Premium Plus seats.

"The flight between New York/Newark and London is one of the most serviced routes in the world, and we are continually looking at how we can offer superior services and amenities for our customers traveling between these two major cities," said Andrew Nocella, the airline's chief commercial officer. "And as our customers continue to demand greater convenience and choices, we will be ready to deliver, offering the caring, creative solutions that will keep them choosing United."

The baggage delivery program will be offered to all customers who hold a ticket in United's Polaris business cabin on the New York/Newark to London Heathrow route, including upgraded tickets, and who are staying at select Marriott properties including JW Marriott Grosvenor House London, London Marriott Hotel Canary Wharf, London Marriott Hotel County Hall, Sheraton Grand London Park Lane and St. Pancras Renaissance Hotel London. Customers can proceed through immigration and customs as normal, and follow signs for the bag drop desk in the arrivals area of London Heathrow, which will be open seven days a week from 6:00am – 12:00pm. Customers will not need to pre-register for the service. As an added benefit, passengers who are also members of Marriott Bonvoy, Marriott's travel program, and have booked their hotel stay directly with Marriott will receive a notification on the Marriott Bonvoy app that their bags have arrived at their hotel.

United's reconfigured Boeing 767-300ER features 16 additional United Polaris business class seats – all with direct-aisle-access – bringing the total premium cabin seat count to 46. The aircraft also features 22 United Premium Plus seats – becoming the first United 767-300ER to offer this seat type – 47 Economy Plus seats and 52 Economy seats. United will be the only U.S. carrier to operate a widebody aircraft that features this many premium seats. The aircraft will operate between Newark/New York and London, offering more premium seats in the largest premium route in the world.

United Polaris business class service is designed to bring a new level of quality to every aspect of premium cabin travel – from lounge to landing – and provide the best sleep in the sky. Customers booked in the Polaris cabin will continue to receive signature amenities such as Saks Fifth Avenue bedding, amenity kits featuring custom products from luxury skincare line Sunday Riley, a variety of inflight entertainment options, elevated food and beverages and access to the Polaris lounge at Newark Liberty International Airport and the arrivals lounge and United Club at London Heathrow. 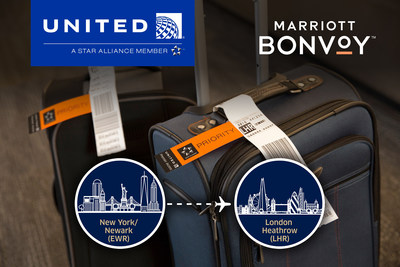