CHICAGO, Dec. 5, 2019 /PRNewswire/ -- United Airlines (NASDAQ: UAL) today announced that Oscar Munoz, Chief Executive Officer, will transition to the role of Executive Chairman of the Board of Directors of United Airlines Holdings, Inc. in May 2020. As CEO, Munoz has transformed United's culture and set new standards of operational and financial performance. J. Scott Kirby, President, will succeed Munoz as Chief Executive Officer.

"With United in a stronger position than ever, now is the right time to begin the process of passing the baton to a new leader," Munoz said. "One of my goals as CEO was to put in place a successful leadership transition for United Airlines. I brought Scott to United three years ago, and I am confident that there is no one in the world better equipped to lead United to even greater heights. It has been the honor of my career to lead the 95,000 dedicated professionals who serve United's customers every day. I look forward to continuing to work closely with Scott in the months ahead and supporting the company's ongoing success in my new role."

Kirby was recruited to United Airlines by Munoz in August 2016, after a three-decade career in the commercial airline business. His appointment reflects a commitment from Munoz and the Board to preserve leadership continuity and demonstrates confidence in the airline's strategy and current trajectory.

"When I joined United as CEO, I laid out ambitious goals to build a new spirit of United by regaining the trust of our employees and customers – and I'm proud of how far we've come," Munoz said. "Along with the successful implementation of the plan our team laid out in January 2018, United's operational and financial performance isn't just better – it's better than ever. By instilling a culture of 'proof not promise,' we have transformed United even faster than we expected and there's an incredible sense of excitement about the future."

"I am honored to be named the next CEO of United and to succeed Oscar, whose leadership has been truly transformational for United Airlines," Kirby said. "I look forward to working with Oscar, the Board, our established leadership team and every United employee as we drive forward our proven strategy and focus on being the airline customers choose to fly and return to time and again."

Munoz will serve as Executive Chairman for a one-year term and will continue to work closely with Kirby, the Board and the United team in shaping United's employee and customer-centric culture. He will also lead the company's Board and continue to engage on behalf of United with a range of external stakeholders.

As part of this transition, United's current Chairman, Jane Garvey, will retire from the Board in May 2020 after more than a decade of exceptional service, including serving as Chairman since May 2018. At the request of the Board, Garvey agreed to remain in her role for a year beyond the Board's mandatory retirement age.

"On behalf of the Board of Directors, I cannot thank Oscar enough for his outstanding leadership and commitment to United, and we are pleased that we will continue to benefit from his expertise and experience in his role as Executive Chairman," Garvey said. "Oscar became CEO at one of the most challenging points in United's history, and his focus on putting customers and employees first has transformed United's culture today and successfully positioned the company for tomorrow. One of Oscar's greatest legacies is the best-in-class leadership team he has built, and we have full confidence that Scott is the ideal candidate to lead United into the bright future that lies ahead."

The company also announced that Ted Philip will become Lead Independent Director following the 2020 Annual Meeting of Shareholders. Philip joined the Board in July 2016 and chairs the Nominating/Governance Committee. He also currently serves on the Board of Directors of Hasbro, Inc. and BRP Inc.

"I could not be more excited about the opportunity that we have at United over the next several years to fulfill this airline's incredible potential," Philip said. "I am proud to work alongside Oscar in guiding United's Board and leadership team, and I am eager to get to work on delivering for all of our stakeholders. The entire Board and I want to thank Jane for her many contributions to United over the last decade, including her highly successful tenure as Chairman."

All of the changes announced today will take effect following the company's Annual Meeting of Shareholders, scheduled for May 20, 2020.

In 2019, United is focusing more than ever on its commitment to its customers, looking at every aspect of its business to ensure that the carrier keeps customers' best interests at the heart of its service. In addition to today's news, United recently announced that MileagePlus miles will now never expire, giving members a lifetime to use miles on flights and experiences. Customers now have more free on board snack options as well, with a choice of Lotus Biscoff cookies, pretzels and the Stroopwafel. The airline also recently released a re-imagined version of the most downloaded app in the airline industry, introduced ConnectionSaver – a tool dedicated to improving the experience for customers connecting from one United flight to the next – and launched PlusPoints, a new upgrade benefit for MileagePlus premier members.

United's shared purpose is "Connecting People. Uniting the World." We are more focused than ever on our commitment to customers through a series of innovations and improvements designed to help build a great experience: Every customer. Every flight. Every day. Together, United and United Express operate approximately 4,900 flights a day to 356 airports across five continents. In 2018, United and United Express operated more than 1.7 million flights carrying more than 158 million customers. United is proud to have the world's most comprehensive route network, including U.S. mainland hubs in Chicago, Denver, Houston, Los Angeles, New York/Newark, San Francisco and Washington, D.C. United operates 783 mainline aircraft and the airline's United Express partners operate 561 regional aircraft. United is a founding member of Star Alliance, which provides service to 193 countries via 27 member airlines. For more information, visit united.com, follow @United on Twitter and Instagram or connect on Facebook. The common stock of United's parent, United Airlines Holdings, Inc., is traded on the Nasdaq under the symbol "UAL".

Safe Harbor Statement under the Private Securities Litigation Reform Act of 1995: Certain statements included in this release are forward-looking and thus reflect our current expectations and beliefs with respect to certain current and future events and anticipated financial and operating performance. Such forward-looking statements are and will be subject to many risks and uncertainties relating to our operations and business environment that may cause actual results to differ materially from any future results expressed or implied in such forward-looking statements. Words such as "expects," "will," "plans," "anticipates," "indicates," "believes," "estimates," "forecast," "guidance," "outlook," "goals," "targets" and similar expressions are intended to identify forward-looking statements. Additionally, forward-looking statements include statements that do not relate solely to historical facts, such as statements which identify uncertainties or trends, discuss the possible future effects of current known trends or uncertainties, or which indicate that the future effects of known trends or uncertainties cannot be predicted, guaranteed or assured. All forward-looking statements in this release are based upon information available to us on the date of this release. We undertake no obligation to publicly update or revise any forward-looking statement, whether as a result of new information, future events, changed circumstances or otherwise, except as required by applicable law. Our actual results could differ materially from these forward-looking statements due to numerous factors including, without limitation, the following: our ability to execute our strategic operating plan, including our growth, revenue-generating and cost-control initiatives; general economic conditions (including interest rates, foreign currency exchange rates, investment or credit market conditions, crude oil prices, costs of aircraft fuel and energy refining capacity in relevant markets); risks of doing business globally, including instability and political developments that may impact our operations in certain countries; demand for travel and the impact that global economic and political conditions have on customer travel patterns; our capacity decisions and the capacity decisions of our competitors; competitive pressures on pricing and on demand; changes in aircraft fuel prices; disruptions in our supply of aircraft fuel; our ability to cost-effectively hedge against increases in the price of aircraft fuel, if we decide to do so; the effects of any technology failures or cybersecurity breaches; disruptions to services provided by third-party service providers; potential reputational or other impact from adverse events involving our aircraft or operations, the aircraft or operations of our regional carriers or our code share partners or the aircraft or operations of another airline; our ability to attract and retain customers; the effects of any terrorist attacks, international hostilities or other security events, or the fear of such events; the mandatory grounding of aircraft in our fleet; disruptions to our regional network; the impact of regulatory, investigative and legal proceedings and legal compliance risks; the success of our investments in other airlines, including in other parts of the world; industry consolidation or changes in airline alliances; the ability of other air carriers with whom we have alliances or partnerships to provide the services contemplated by the respective arrangements with such carriers; costs associated with any modification or termination of our aircraft orders; disruptions in the availability of aircraft, parts or support from our suppliers; our ability to maintain satisfactory labor relations and the results of any collective bargaining agreement process with our union groups; any disruptions to operations due to any potential actions by our labor groups; labor costs; an outbreak of a disease that affects travel demand or travel behavior; the impact of any management changes; extended interruptions or disruptions in service at major airports where we operate; U.S. or foreign governmental legislation, regulation and other actions (including Open Skies agreements, environmental regulations and the United Kingdom's withdrawal from the European Union); the seasonality of the airline industry; weather conditions; the costs and availability of aviation and other insurance; the costs and availability of financing; our ability to maintain adequate liquidity; our ability to comply with the terms of our various financing arrangements; our ability to realize the full value of our intangible assets and long-lived assets; and other risks and uncertainties set forth under Part I, Item 1A., "Risk Factors," of our Annual Report on Form 10-K for the fiscal year ended December 31, 2018, our Quarterly Report on Form 10-Q for the quarter ended September 30, 2019, as well as other risks and uncertainties set forth from time to time in the reports we file with the U.S. Securities and Exchange Commission. 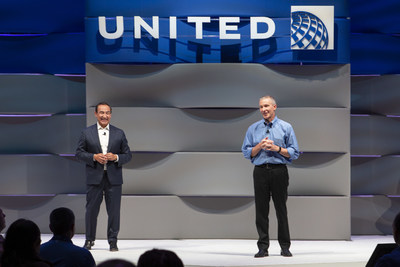 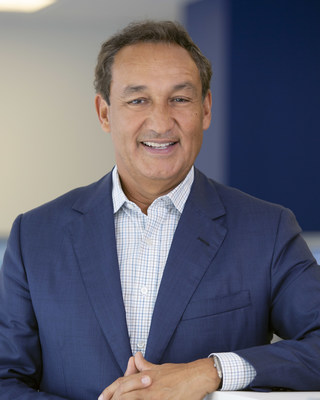 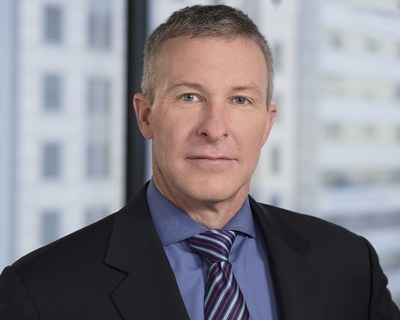