United was the only carrier to maintain passenger service between Australia and the U.S. during the pandemic

CHICAGO, June 8, 2022 /PRNewswire/ -- United today announced year-round, nonstop service between San Francisco and Brisbane, becoming the first U.S. airline to add a new transpacific destination to its global network since the start of the pandemic. From Brisbane, United customers will be able to easily connect to nearly 20 other cities within Australia thanks to the airline's new partnership with Virgin Australia. United was the only carrier to maintain passenger service between Australia and the U.S. during the pandemic. 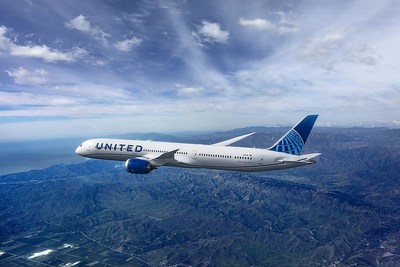 "With United's strong history in Australia – and now with a great partner in Virgin Australia – it's the ideal time for United to expand service to Brisbane as demand for travel continues to grow," said Patrick Quayle, senior vice president of international network and alliances at United. "Throughout the pandemic, we've looked for strategic ways to grow our international network, and we're proud to be the first U.S. airline to put a new dot on our route map across the Pacific."

In addition to the new Brisbane route, United currently flies nonstop to Sydney from San Francisco and Los Angeles and offers nonstop flights between Melbourne and the U.S.

The launch of this route is supported by The Queensland Government's Attracting Aviation Investment Fund, which was established to help rebuild the country's international tourism industry. United's new service will support 385 local jobs and bring an estimated $73 million into the economy. Pre-pandemic, San Francisco was the second largest mainland U.S. inbound passenger market and destination for Queensland travelers. United's hub at San Francisco provides convenient one-stop connections for more than 80 North American destinations.

"This new service from United is a gamechanger for Queensland and we look forward to welcoming guests from across the United network to experience the sunshine, beaches and Queensland's unique outdoor lifestyle," said Gert-Jan de Graaff, CEO, Brisbane Airport Corporation. "Australia is often mentioned as a bucket-list destination for North American travelers, so now is the time for customers to jump on board and see it for themselves."

United's new Brisbane service will operate three times weekly on a 787-9 Dreamliner aircraft that includes 48 lie-flat, United Polaris® business class seats, 21 United Premium Plus® seats, 39 Economy Plus® seats and 149 economy seats. All seats are equipped with seatback on-demand entertainment to help customers pass the time and relax during their travels.

United is the longest serving U.S. carrier in Australia, serving the country for more than 35 years with its first direct service to Sydney in 1986. The airline first began offering nonstop service to Melbourne from Los Angeles in 2014 and recently restarted its San Francisco-Melbourne service this June.

For more information and to book flights, please visit united.com.