United to fly to more destinations across the Atlantic than all other U.S. carriers combined; adds new service to three cities - Malaga, Spain; Stockholm, Sweden; and Dubai, UAE – along with six more flights to popular European destinations

CHICAGO, Oct. 12, 2022 /PRNewswire/ -- United Airlines today continued its transatlantic leadership among U.S. carriers with the debut of the airline's 2023 summer schedule that includes adding new service to three cities – Malaga, Spain; Stockholm, Sweden; and Dubai, UAE – as well as six more flights to some of the most popular destinations in Europe, including Rome, Paris, Barcelona, London, Berlin, and Shannon. In total, United will fly to 37 cities in Europe, Africa, India and the Middle East next summer, more destinations than all other U.S. airlines combined.

United saw historic levels of demand for travel to Europe in the summer peak, up 20% compared to 2019, and is focused on developing its network to serve continued demand strength.

"Next summer United is offering the best of both worlds: we're making it easier for our customers to visit the most popular cities in Europe, but we're also expanding our reach to give travelers access to new places they haven't yet experienced," said Patrick Quayle, senior vice president of global network planning and alliances at United. "We expect another busy summer for international travel and are proud to build on our industry-leading global network to offer our customers the widest range of destinations and most convenient travel options."

Along with adding new flights, United will fly nine routes it added last summer, including direct flights between New York/Newark and Nice; Denver and Munich; Boston and London Heathrow; Chicago/O'Hare and Zurich; and Chicago/O'Hare and Milan, as well as flights to four destinations not served by any other North American airline, including Amman, Jordan; Azores, Portugal; Palma de Mallorca, Spain and Tenerife, Spain.

Tickets for United's new summer 2023 flights are on sale now at United.com and include:

United is adding a fifth Spanish destination to its global network with new direct flights between New York/Newark and Malaga. Starting May 31, travelers will be able to explore Spain's Mediterranean coast with three flights per week to Malaga on a Boeing 757-200. United flies to more destinations in Spain than any other U.S. airline and next summer will offer direct flights to three Spanish cities that no other U.S. airline serves: Malaga, Tenerife and Palma de Mallorca.

As part of its historic commercial agreement with Emirates, United will launch direct, daily flights between New York/Newark and Dubai on a Boeing 777-200ER starting March 25. From there, customers can travel on Emirates or its sister airline flydubai to more than 100 different cities, giving customers more options to connect over the Middle East than ever before. United will be the only U.S. airline to offer non-stop flights to Dubai from the U.S. and flies to more destinations in the Middle East and India than any other U.S. airline.

On May 27, United will return to Stockholm for the first time since 2019 with service from New/York Newark. United first began serving Stockholm, which locals proudly refer to as the "beauty on water", in 2005. United will reconnect customers to this culturally rich and dynamic capital city with daily flights on a Boeing 757-200.

United broadens its industry-leading European network from San Francisco with daily flights to Rome launching on May 25 on a Boeing 777-200ER. United is the only U.S. airline to offer direct flights to Europe from its hub in San Francisco, and next summer will offer non-stop flights to seven popular European cities. With flights to Rome, Milan, Venice and Naples, United continues to fly to more cities in Italy from the U.S. than any other airline in the world.

Beginning May 25, United will add more seasonal flights to Shannon, Ireland with new daily flights from Chicago O'Hare – giving customers more options to explore some of the country's most scenic destinations including Limerick and Galway. United is the only U.S. carrier to offer direct flights to Shannon with its existing seasonal service from New York/Newark, and also offers direct flights to Dublin from Chicago, New York/Newark and Washington Dulles. United will fly a Boeing 757-200 on this route.

United will begin capital-to-capital service between Washington, D.C. and Berlin, Germany on May 25. United will be the only carrier to offer non-stop flights between these cities with daily flights on a Boeing 767-400ER. United offers more flights to Berlin from the U.S. than any other airline, with existing year-round flights from Newark.

United continues to expand its best-in-class European network from Chicago next summer with new direct, daily flights to Barcelona on a Boeing 787-8 Dreamliner, starting May 25. Next summer, United will fly to 14 destinations in Europe from Chicago, more than any other airline. This new flight builds on United's existing service to Barcelona from New York/Newark and Washington Dulles.

More Flights to Paris and London

United will have 23 daily flights to London Heathrow next summer, adding a second daily flight between Los Angeles and London Heathrow on March 25 on a Boeing 787-9 Dreamliner. United offers more flights and more business class seats from New York and the west coast to London than any other U.S. carrier and next summer, all United flights to London Heathrow will offer all-aisle access Polaris and Premium Plus seating. This new flight builds upon United's recent London expansion, with additional flights from Newark, San Francisco, and Denver, as well as new flights from Boston.

United's shared purpose is "Connecting People. Uniting the World." From our U.S. hubs in Chicago, Denver, Houston, Los Angeles, Newark/New York, San Francisco and Washington, D.C., United operates the most comprehensive global route network among North American carriers. United is bringing back our customers' favorite destinations and adding new ones on its way to becoming the world's best airline. For more about how to join the United team, please visit www.united.com/careers and more information about the company is at www.united.com. United Airlines Holdings, Inc., the parent company of United Airlines, Inc., is traded on the Nasdaq under the symbol "UAL".

This press release contains certain "forward-looking statements" within the meaning of the Private Securities Litigation Reform Act of 1995. All statements that are not statements of historical facts are, or may be deemed to be, forward-looking statements. Such forward-looking statements are based on historical performance and current expectations, estimates, forecasts and projections about our future financial results, goals, plans, commitments, strategies and objectives and involve inherent risks, assumptions and uncertainties, known or unknown, including internal or external factors that could delay, divert or change any of them, that are difficult to predict, may be beyond our control and could cause our future financial results, goals, plans and objectives to differ materially from those expressed in, or implied by, the statements. No forward-looking statement can be guaranteed. Forward-looking statements in this press release should be evaluated together with the many risks and uncertainties that affect United's business and market, particularly those identified in the "Management's Discussion and Analysis of Financial Condition and Results of Operations" and "Risk Factors" sections in United's Annual Report on Form 10-K for the year ended December. 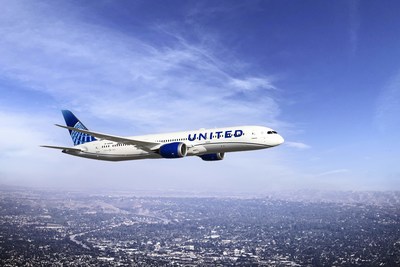